Convention at a Glance 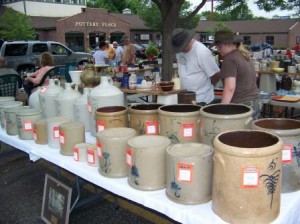 Before the Convention begins, Sellers of Red Wing dinnerware, stoneware and art pottery begin to set up their booths at the Pottery Place Mall. Also many locals will set up garage sales in their driveways all around Red Wing. With these sales open the hunt begins! In addition to this, there may be auction in or around Red Wing.

Convention attendees also take time to visit antique shops in Red Wing and and in nearby towns. With Red Wing’s nestled on the Mississippi River Wisconsin is just across the bridge.

Don’t forget to check out the annual Crock Hunt! The locations are at Red Wing restaurants, stores, and other businesses. Match the photos in the form with the business, get it signed at the location, and bring it to Show & Sale Saturday. Win membership and the annual commemorative! The Crock Hunt runs Saturday – Saturday of Convention week. The public is welcome to join in  the fun as well!

Wednesday- Pottery Museum of Red Wing
The hunt at the antique shops, garage sales, auction, and sales continues. Chapters start to gather and members ready for the first day 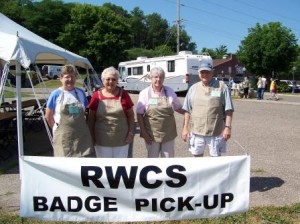 The Official RWCS Convention Supplement is available at pre-registration and also inserted in the Red Wing Republican Eagle Newspaper. This is the best information source for all Convention activities. It includes:

That evening the RWCS Foundation Hosts a Wine-ing for Red Wing fundraiser in the Pottery Museum of Red Wing.

This is the official first day of Convention activities at the Minnesota State College Southeast. The schedule begins with unveiling of the Annual Convention Commemorative, followed by the opening welcome and the keynote speaker. The highlight of the day is the  Members Only Auction held at the Red Wing National Guard Armory. During 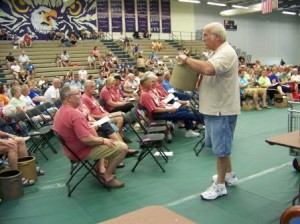 the day members have the opportunity to view the Displays and Rare Items being shown at the Convention by members, Chapter Meetings, and Orientation for First Timers to Convention.

Members Only Auction – Members consigned stoneware, dinnerware, art pottery, and unique Red Wing items to fill the over 200 lots on the auction. This is truly a member auction with something for every collector interest and level.

The jam packed Education Sessions are open to all members registered for Convention. There are more than 20 sessions for attendees to choose from. In addition to these traditional adult education, we have youth education through Kids View and Young Collectors. In addition, to the wonderful educational opportunities the members continue to have pottery making demonstrations, viewing displays, and networking with other collectors.

Shared Interest Groups – This opportunity brings together collectors with the same Red Wing collecting interest to network, swap stories, and share information. From general groups like stoneware, dinnerware, and art pottery to more specific like Saffron Ware, Iowa Advertising, or Belle Kogan vase. If you have an interest, we can form a group.

The RWCS also holds it annual business meeting for the organization. This is the members opportunity to hear more about the clubs operational news, Convention so far, upcoming events, and other organization business as the agenda outlines.

Friday Night at YOUR Museum
Crock Hop -  Following the afternoon RWCS business meeting, join your fellow collectors at this after-hours event at your museum – music, food, events and fun. Stop in and get an intimate look at the museum. 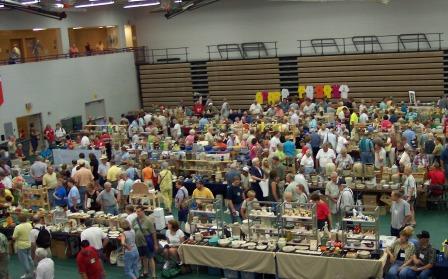 The Commemorative Lottery is also in full swing on Saturday. All pre-registered attendees receive a lottery number on their badge. With this number an attendee can purchase a second commemorative.