We have searched the archives looking for information on a few pieces of dinnerware but haven’t been able to find what we are looking for.  We are needing info on the Bob White supper sets & 4oz juice tumblers.  Were they actually produced?  We’ve heard of both items but haven’t ever seen them!  Also, we would like to know what patterns the water coolers & stands were available in.  Thank you in advance for sharing your knowledge!!  Kim

Bob White tumblers were a standard production item for a brief period in the 1960s.  The image below is from a January 1965 brochure. 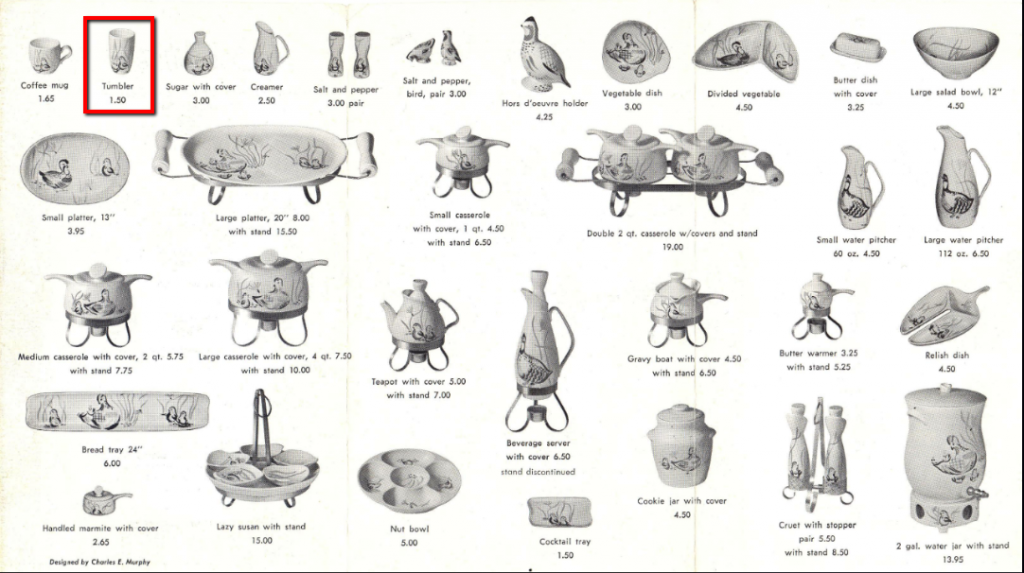 Bob White supper trays were never put into production.  Such a tray was sold at the Red Wing convention auction a number of years ago, and it’s the only one I’ve seen.  I believe that was a test or sample piece, and the company decided to not add it as a standard production piece.
Water coolers were made for the following patterns:
Village Green, Delta Blue, Bob White, Round Up, Tampico.
A 1952 Village Green brochure lists a Wheat version of the water cooler but I’ve never seen or heard of one.
Larry R
40 queries in 0.498 seconds.